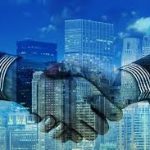 Greg Getty loves his spreadsheets. Spending twelve years within sales teams, he routinely hit his targets by staying disciplined and organized compared to his colleagues. It wasn’t surprising that he rose up the ranks within several tech firms and found himself as the VP of Sales and, when the company expanded overseas, his role went global.

It was at this point where something went wrong.

International sales suddenly fell off a cliff. It didn’t make sense because market conditions within the industry across APAC were positive and Europe was slowly growing as well. But that’s not what has happened with Greg’s numbers. By the end of the year, sales outside of the US were dismal. The company’s management wanted answers. The markets looked good, product demand was strong, so what went wrong?

The culprit, it turns out, was Greg’s spreadsheet. Specifically, the compensation plan baked into the spreadsheet.

Finding the right ratio of base pay to commission, or variable pay, is a complicated dance between art and science. Incentivize someone to bring in new clients and existing clients may get under served. Make the base pay too high and sales reps may get complacent, too low and they may cut corners to win business or simply quit. Compensating teams across international markets adds an extra dimension to this already complicated scenario because customs and norms vary considerably that affect behaviours and outcomes.

It was because of this complexity Greg, like many other sales leaders, decided to simplify. He had always had his sales plans on one spreadsheet and was determined to standardize the compensation plans into one world-wide model. He quickly learned that a unified compensation plan causes anything but unified behaviour change.

As organizations continue to wrestle with implications of globalization, one of the biggest debates is when to standardize global approaches and when to let local markets take the lead.

Building and refining a global sales compensation plan is a great example of this challenge.

At first, headquarters liked Greg’s standardization plan. They saw this simple model as a win-win for both the sales team and the leadership. Any sales person hitting 75% of target or greater would make more money than the last year while management got their streamlined reporting on Greg’s single spreadsheet. Global standardization won the day.

But the changes were not interpreted the same way across the regions. The smaller base with on-target-earnings (OTE) was considered aggressive but reasonable in the US. The American sales reps ‘got it.’ However, in many parts of Europe and APAC the perception was different. These teams saw the changes as a demotion and felt the split was out of alignment compared to local market players. Some sales reps lost their desire to close deals, others left for competitors, bringing their client relationships with them.

To add to the complexity, not every country was upset. Wide differences in compensation structures exist within regions. China, as one example, tends to favor US-style incentive plans. In Greg’s case, his China team liked the new plan and thrived, proving once again that APAC does not behave like a single market.

And if he had to do it again? Here are the key lessons Greg and his team now use when looking at global sales compensation plans:

Greg’s progression from a national sales manager to a global sales team leader was tough. The company lost a lot of good reps and important clients along the way because they were focused on rolling out global standards at the expense of local preferences. This give and take between local and global approaches is not easy, but one thing Greg learned is that when managing teams across the globe, he needs to think beyond his spreadsheet.