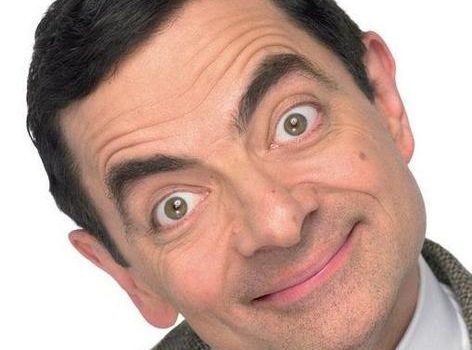 Years ago I found myself having drinks with former President of a large Hollywood movie studio. I was way out of my league and did what you’d expect, I drank too much and pitched him a movie idea that was partially made up on the spot. I wanted to bring the biggest names in Hollywood, China and Bollywood together in one epic global romantic comedy designed to appeal to billions of moviegoers around the world.

The seasoned executive was polite but ended my movie writing career with 3 simple words: “Humour doesn’t travel.” He then added, sounding sad, “except for ‘Mr. Bean.’”

He was right. None of the top world-wide grossing movies are comedies. Why?

And why is Mr Bean the exception?

It turns out the world has a Mr Bean problem. I have nothing against Rowan Atikinson, the actor who plays the goofy Brit. His estimated personal worth is over $125 million dollars so I think he’ll be just fine. Actually, I have nothing against Mr. Bean, but he’s EVERYWHERE. I’ve seen Mr Bean playing in a waiting room Hospital in Manila, an Ikea in Singapore, a bar in Ho Chi Minh and on countless budget airline flights. His humour is physical and this seems to work across cultures where other types of comedy do not. Why?

Here’s where Immanual Kant unexpectedly enters the story. He said humour arises when we are presented with absurd or unexpected information, which is then resolved gracefully or unexpectedly (i.e., a good punch line). Kant was dissecting the art of the joke centuries earlier. The problem is that for information to be absurd, it has to be understood and most humour is only understood locally.

The subject has to be understood by your audience for it to be funny. A lot of comedy misses the mark based on the audience simply not ‘getting it.’ (For example, the two pictures below only make sense if you ‘get’ the references.) Everybody understands when Mr. Bean trips and knocks over a plate of food.Physical comedy travels.

In addition to issues surrounding context, cultures that have higher Collectivist leanings – those who prioritize groups rather than individuals – tend to have more subtle, indirect and nuanced humour preferences. Their jokes are generally less aggressive compared to individualistic cultures. Similar to insults, collectivist cultures tend to take a greater offense at jokes delivering personal insult, even if it’s in jest, compared to individualistic cultures.

So don’t make fun of the King of Thailand unless you want to go to prison. Thailand scores high on the Collectivist scale and has a tendency to place foreign comedians on their government’s blacklist – Just ask John Oliver. This follows the same pattern as insult trends across cultures.  In these cultures, offense leads to shame as well as the elusive concept of ‘loss of face.’ So jokers beware.

Sadly the first thought people have when their jokes fall flat overseas is ‘these people don’t have a good sense of humour.’ That’s often wrong. Everyone laughs at a guy getting hit in the crotch because physical humour is easily understood.

It’s pretty much everything else that gets lost in translation. Every culture has humour but it can vary greatly. Heck, we can’t even agree on how to spell the word humor, which is the American version) And this brings us to our Mr. Bean problem.

In business settings, one person’s fun loving jest can be misinterpreted and, depending on the situation and place, even highly insulting. Sarcasm and irony are both difficult to convey if people don’t understand the context and tone. Once while in Kuala Lumpur the topic of the US State of Nevada came up and I mentioned that ‘I once shot a man in Reno just to watch him die.’ I was of course referencing a Johnny Cash song, but since no one in the group knew that, and didn’t catch my sarcastic tone, they took my comment literally and I spent the rest of the meeting getting concerned looks.

So if people aren’t getting each other’s jokes, what else is being misunderstood?

If humour is any guide, we need to be aware that a lot of what we’re communicating may not be getting through. A failed joke is one thing, communicating with clients and employees around the world is another.

We may be effectively communicating only at a Mr. Bean level. This is a problem.

Most cross-cultural advisors recommend limiting the use of humour if you’re unsure it will work with your audience.

In speeches and presentations, this is good advice. But we should be careful here. Let’s not let our Mr. Bean problem stop us from trying to understand people better.

The challenge with becoming ‘globally minded’ is that it’s easy to get caught up in all the things you shouldn’t say and you end up saying nothing at all. This is not the way to build rapport with your global colleagues.

Sure you want to be aware of the cultural differences and try and find common points of understanding, but we should aspire to do better than Mr. Bean. What if we actually talk about these differences as a means to improve cross cultural communication? I told my “Reno” story recently to some Singaporean friends. They too didn’t get my attempted joke, but once it was explained, suddenly everyone saw the situation within the same context. Someone said, “now that I get it, it’s still not funny.” The group seemed to agree. I guess there’s no accounting for taste.