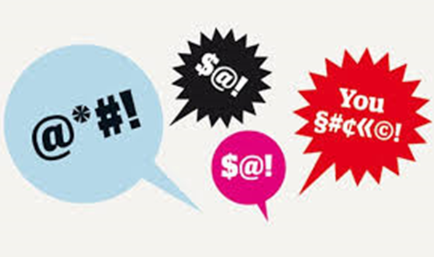 Learn Insults from Around the World and Improve Your Cultural IQ!

Are you a moron or is your extended family a bunch of idiots? It turns out insults can tell a lot about where people come from. And, believe it or not, global insult patterns can be applied towards strengthening multi-national teams and even deciding what to sell and where to sell it. Really.

In what must have been one of the most entertaining research projects ever, researchers in Italy studied insults across different cultures. In their home country, for example, they noticed people in the south insulted each other differently than in the central and in the north. The results closely fit into a “cultural dimension” called Individualism/Collectivism. And understanding this “cultural dimension” can improve global business acumen.

Finally the complicated cross-cultural psychology studies were hitting on a topic I could wrap my attention-deficit brain around. If I could learn great insults from around the world and improve my cultural IQ, I was ready to sign up.

Individualism/Collectivism is one of the most researched cultural dimensions and there’s a LOT of material out there. Want to draw a connection between ancient rice-farming and modern education styles? Check out this dimension. Want to map life insurance purchasing trends around the world? Or how different consumers get influenced to make purchases? What about building a dating app?It’s a dimension that can help anyone in international advertising, marketing and sales or who leads multi-cultural teams. There’s a lot here including juicy insult trends.

What’s the first insult that comes to mind? Is it focused on an individual or based on relationships with more than one person (or, erm, animal)? By analyzing popular insults around the world, countries who scored higher onIndividualism used common words geared towards specific people. “Moron,” “idiot,” “f%^& you!” You get the picture.

However, the collectivist countries had insults focused on groups; often family members. The more collectivist, the more family members are involved. Multiple generations of ancestry get pulled into the mix resulting in nightmare-inducing images. Eggs seem to appear in a lot of Chinese insults and imply being the offspring of animals. I found a particularly creative list of Hindi insults I won’t even link to because they’re so bad. Instead check out this amusing- and completely not work-appropriate- video of Americans trying to learn insults from around the world.

Consider this: People from Individualistic cultures tend towards being ‘task’ focused whereas people from Collectivist cultures are ‘relationship’ focused. In a business environment, someone who is rigidly focused on staying on point may be acting inappropriately if it’s being done without consideration of the situation and people involved.

On the insult front, telling someone to ‘go f&*k themselves’ is a task-focused insult, isn’t it? Compare this to a more complicated insult involving animals and ancestors. Task-related, yes, but with a lot more family involvement. I suppose it’s all relative.

It turns out variances in individualistic versus collectivist mindsets can be a very big deal. These differences in thinking affect how people view problem solving, human rights, and identities, among many others.

individualism/collectivism effects can be seen everywhere in the workplace. How do you hire, train and mentor employees? Hold performance review sessions? How do you negotiate?

Western companies, continue expanding into Asia. Who do they send over? Usually someone who scores high on the Individualism scale. Why? Because they want someone who’s task-oriented, direct and who can work independently. But look again at the map above. Asia is a huge region with thousands of years of varying collectivist cultures.

When viewed through this cultural dimension, the conflicts and mistakes can be easily explained, and predicted. They can also be minimized, and with practice, avoided. The first step is to know your cultural dimensions.  In other words, don’t be an idiot or a dumb egg.

So there you have it. A politically incorrect way to think aboutIndividualism/Collectivism.

Here’s a controversial team-building activity: if you work with people from around the world, see if this correlation between insults and collectivist/individualist countries is true. It will make your next team dinner much more colorful.