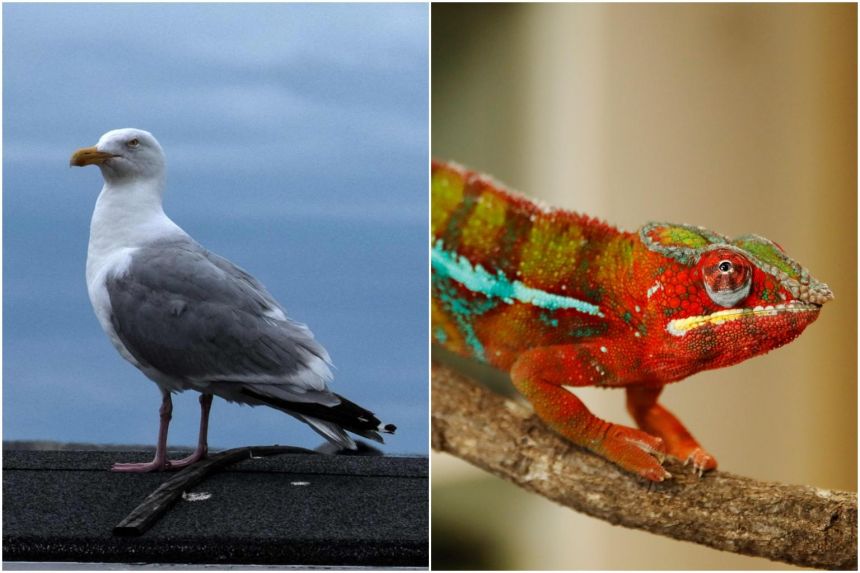 Seagulls, chameleons and the art of managing people across cultures

This article was originally published in the Straits Times.

Here is the first lesson for managing people across cultures: don’t be a seagull.

‍
Seagulls are those big awkward birds that fly in from out of nowhere, they squawk a lot, and then fly away leaving behind a giant mess. Anyone who has worked for an international organisation has likely encountered a seagull manager.

‍
These bosses operate all over the world and they are easy to spot because they often run unhappy, dysfunctional and underperforming teams. One of the most common reasons seagull managers fail in cross-cultural teams is because they don’t effectively adjust their working and communication style to align with their teammates.
It turns out there is a lot of variation when it comes to how people like to work across the planet.

‍
And the pandemic hasn’t made things easier for cross-cultural teams because even if seagull managers can’t fly in and out as easily as they did in years past, they can cause an awful lot of chaos through digital communication including video calls, email and chat tools. Technology that enables clear communication does not mean the communication is clear!

‍
With the growing talent crunch in Singapore and elsewhere, cracking the code of cross-cultural team management has become more important than ever.
Numerous studies point to employees leaving their jobs because of toxic relationships with their manager. Poor managers fail to develop trust within their team. They lack the willingness or knowledge or both of adjusting to different working and communication styles. Organisations serious about recruiting and keeping talent can no longer afford to ignore these realities.

‍
What can be done to overcome these challenges? There is no shortage of research on managing people across cultures. Books, lectures and trainings abound. The tricky part is putting this knowledge into practice. I wanted to find real managers who have overcome these cross-cultural obstacles to see how they got things done and that’s when I found Axel.

‍
A Dutch expat living in Singapore, Axel would go to lunch twice each day. When he visited his company headquarters in London, he would frequently sneak out of the office early and head to the pub with colleagues. Now it may sound as if this guy didn’t work that much, but Axel was one of the most effective managers of cross-cultural teams I have ever met.

‍
He wasn’t a seagull, he was a chameleon, able to adapt to any working environment. He knew when to speak up and when to have patience. Whenever possible, I used to follow him around in the hope of understanding how he was so successful at working with people across the planet.

‍
Why two lunches? Axel noticed that lunch was a main source of socializing and relationship building in certain parts of the world, including Singapore. During his time in the United States, he observed the opposite behaviour where workers would inhale a sandwich at their desks while either catching up on the news or doing work.
This was not the case in other parts of the world. In markets like Singapore, Axel would go to lunch with one group, and go out again with another group who ate later. He understood that to grow a business globally, relationships had to be built locally.

‍
For example, foreign managers frustrated with a lack of results would tell their Singapore team to shorten, or skip, lunch until a project got finished. While this might solve an immediate issue, relationships with teams suffer and trust and confidence dissolve. In other words, it’s not how things are done around here.
In London, building relationships was more likely to happen in a pub. Imagine if a Singaporean manager told a UK team they couldn’t meet for drinks after work. There might be a riot.

‍
What about managing cross-cultural teams remotely? Other than adapting to different locations, Axel and others used additional tools to manage far-flung teams, especially when it came to improving communication.

‍
One tactical tool called ultimate active listening is used at the end of conversations and involves the listener, playing the entire conversation back to make sure everything has been understood correctly. This is especially helpful when there are language barriers and when working remotely as managers do not have the same ability to check in on how a project is progressing.

‍
Ultimate active listening should be brief, ideally summarizing what was said in only a few sentences. And then – this is critical – confirm everyone understands key points and next steps correctly.

‍
It wasn’t just Axel who had lessons to teach about managing foreign teams. One Singaporean I’ll call “James Lee” was a master at communicating ideas and persuading colleagues from other regions. His secret was the much discussed, but frequently underutilized, power of storytelling.

‍
James understood that his company’s headquarters based in the US did not know a lot about what was happening on the ground across his Asean region. Other managers got this messaging wrong, either giving their headquarters too much information or not enough. Either way, executives back at HQ would get suspicious and start micromanaging ineffectively from a distance.

‍
James had found the right mix of delivering enough information without overdoing it. Specifically, when updating his boss on the other side of the world, he would start with a small story, often something a bit salacious or novel, to catch his listener’s attention. Then he would add relevant data. Anecdotes were helpful, but adding evidence created the magic sauce that led to his ability to persuade his audience. James would then explain why his boss needed to know (he was either helping her make, or save, money), then he would wrap up with another story that drove home his point including whatever next step he wanted. He made it sound natural but on closer inspection, he was working off a storytelling formula.

‍
When it comes to managing across cultures, persuasion happens when strong data meets a good story. Here is James’ formula: a story that catches attention – provide data – back to a story – conclusion. This is not the only way to do it, but it was repeatable, and it was effective.

‍
Axel and James were both early adopters of asynchronous working arrangements and they used this to improve relationships and strengthen team communication. With more people work remotely, asynchronous communication is gaining new attention. Any communication that is not happening in real-time (i.e a phone call or face to face meeting) is asynchronous.

‍
Teams can decide how they want to separate tasks based on synchronous and asynchronous work, and if done correctly, this can unlock significant opportunities. The most notable and immediate result is fewer meetings.

‍
And this is where Axel shined. In his meetings no one sat through presentations. Delivering information was done asynchronously. His teammates received briefs they were expected to review beforehand and that allowed synchronous meetings to focus on deeper analysis and decision making rather than participants half-listening to a presentation that really could have been sent as an email. He cut meetings by 30% and he used this time to reinvest in one-on-one informal catch-up conversations which have been proven to strengthen remote relationships.

‍
Getting asynchronous communication to work required changing behaviours, improved writing skills and discipline, but when his team realized that value, they were all on board.

‍
Great leaders have much to teach us about working across cultures. By focusing on building strong relationships and strengthening communication both Axel and James were able to bridge gaps that cause so many teams to stagnate. Axel’s particular focus on reducing unproductive group meetings and replacing them with more important informal conversations and James’ techniques to win over overseas colleagues are lessons to emulate. When it comes to the future of working across cultures, seagulls need not apply.

‍
Kyle D. Hegarty is a business consultant and author based in Singapore. His book The Accidental Business Nomad: A Survival Guide For Working Across A Shrinking Planet won the 2021 Axiom Business Book Award. The article includes excerpts from his book.