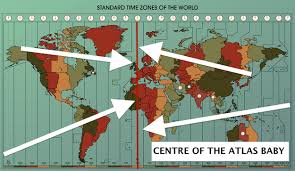 A frazzled commuter talks into her headset during her morning commute. Her colleague on the other side of the world is standing outside a bar, desperately trying to hide the fact that he’s had a few cocktails. It’s 9pm where he is and he’s wobbling around the sidewalk keeping a respectful distance from the other people on phones doing the same thing. These two are waiting for their partner in London who’s running late from a lunch meeting.

Welcome to the new world of global team conference calls. This strange ritual has quickly grown into a rite of passage for those who’ve found themselves working in global teams.

I’ll say it: these calls suck. Time zones make team collaboration extremely difficult. And because the Brits were clever enough to declare their time zone was in the middle, Greenwich Mean Time continues to pay dividends. Well played, old chaps.

Global conference calls embody many of the challenges faced by global teams. They result in one or more groups being tired, distracted or, in some cases, inebriated. These factors increase miscommunication, lower productivity, mistrust and team dysfunction. Yet everyone seems to play along. What to do?

The paradigm here is that you need everyone contributing, so reducing global calls seems counter-intuitive. What if you buddied up? Have the Europe, North America and APAC Teams rotate. If it’s APAC’s turn to miss a call, make them responsible to do an organized and thorough debrief to the European ‘buddy’ beforehand. The buddy’s job will be to represent the absent region and update them the next day. Will this add some time? Probably, but the benefit here, aside from fewer odd-hour calls, is that the teammates will begin to learn and understand each other’s business much better. If you keep the process focused and efficient, this cross-pollination approach should improve team dynamics over time.

2) Work slowly on getting the quiet people to speak up.

If there are issues with certain regional teams not participating as much as you’d like, here’s what you don’t do: Don’t tell them ‘You guys need to speak up more, ok?’ and assume that’s going to work. There’s reasons some cultures are less likely to speak up the way others do and it has little to do with competency and intelligence.

It’s important to work on this slowly over time. Assign a coach to help those who are remaining quiet. Don’t rush this. Take a step back and realize speaking up in group settings such as conference calls isn’t the norm in many parts of the world. In some cases, it’s considered rude.

A good coach will point out participants on calls who meet the team’s expectations. Have the ‘quiet’ teammates pay close attention to these people and spend some 1:1 time talking with them discussing why this kind of participation helps the everyone on the team.

3) Nominate an Ambassador of Clarity.

This is the person on the call whose job it is to summarize and feedback all key points and clarify unclear statements. They’ll need to ensure specific next steps are locked down. The Ambassador of Clarity is the Parent of the call. Basically, they should be sober and able to take notes (aka not commuting). I know this sounds insane, but these are insane times. Let’s roll with it.

All three of these ideas will require a LOT of customization depending on the team dynamic, but the big point here is that we shouldn’t feel helpless when it comes to the dreaded global conference calls. We’re allowed to get creative.